You are here: Home / Leadership

As stated in our Guiding Principles, we know that it is our people that make our company successful. We have a highly accomplished team that is focused on providing our customers with the best possible service and product offering and building capabilities that will optimize our performance for the future.

Our team includes an international mix of people and experiences that offer a wide range of perspectives. We specialize in fabricating products and connecting with customers to ensure their needs are met on a daily basis; and from those who have been part of our organization for over 35 years to the new talent that just joined, we are all passionate about working together, finding solutions and recognizing paths to ongoing improvement. 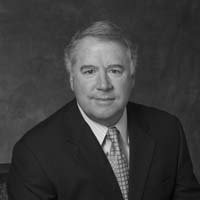 Before joining OmniMax, Mr. Brown was Managing Director and Partner at Sun Capital Partners, Inc. and served as the Board Chairman of multiple businesses including those in chemicals, packaging, automotive, distribution, telecommunications, construction and consumer products segments. He has also provided operational leadership for multiple portfolio companies. Previously, Mr. Brown served as the President and Chief Executive Officer of Performance Fibers, a Sun Capital Partners portfolio company, from 2008 to 2012. Prior to that, he served as the Vice President of WR Grace & Co. and President of Grace Performance Chemicals from 2005 to 2008. Earlier in his career, Mr. Brown led multiple businesses and served in various roles with the General Electric Company for 19 years, including serving as the President and Global Business Unit Leader (GE Advanced Materials), President and General Manager (GE Sealants and Adhesives), Marketing Manager (Consumer and Electronics, GE Plastics), and Manager of Global Accounts (GE Plastics). 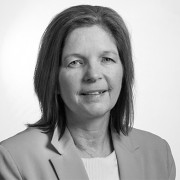 Senior Vice President, Chief Financial Officer and Treasurer
—
Mary joined the OmniMax team in 2008 and has been integral in leading the business to new levels of success. Her leadership allowed OmniMax to optimize earnings and better serve our customers.

Ms. Cullin has been the senior vice president, chief financial officer and treasurer of OmniMax Holdings since October 2013. Previously, she served as vice president of finance and shared services for OmniMax International with responsibility for North America finance, accounting, information systems, credit and payroll activities. Prior to joining OmniMax International, Ms. Cullin was the divisional chief financial officer of HD Supply Lumber and Building Materials. Ms. Cullin has also held financial positions with The Home Depot and Flowers Foods, Inc.

Mary received her B.S. in Financial Management from Clemson University.

Before joining OmniMax, Ms. Coldiron was global vice president, human resources with Czarnowski, a full-service experiential marketing company. Prior to Czarnowski, she was the vice president of human resources, North America for building material industry leader James Hardie Building Products in Chicago. Additionally, she held roles of increasing responsibility for Navistar, Inc. an international commercial automotive company. Kim began her career at Sanyo North America, providing finance support and HR leadership across their compact disc business where she assisted with the development of multiple start-up ventures through the company’s incubator program.

Kim earned an MBA from Purdue’s Krannert School of Management. She also completed an international master’s degree in management from TIAS Business School in The Netherlands. 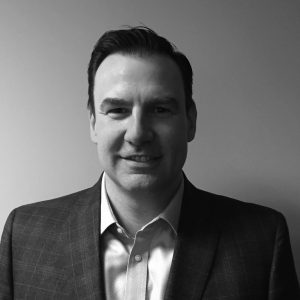 Vice President and General Counsel
—
On December 5, 2016, Christopher Berg was appointed Vice President and General Counsel of OmniMax International, Inc. Prior to joining OmniMax, Mr. Berg worked for 13 years with WestRock Company, which is an international leader in the paper and packaging industry. He started his legal career with the law firm Husch Blackwell in St. Louis, Missouri and then transitioned to an in-house counsel role with Smurfit-Stone Container Corporation. Mr. Berg served in a variety of legal and compliance roles throughout several transformative transactions from Smurfit-Stone to WestRock, including critical roles in those mergers and acquisitions as well as a successful Chapter 11 bankruptcy reorganization for Smurfit-Stone. Mr. Berg brings extensive experience dealing with legal issues in an international manufacturing company, including deep experience with litigation, employment, risk, compliance and commercial transactions.

Mr. Berg earned a bachelor’s degree in political science from the University of Missouri- Columbia and his juris doctor from Washington University in St. Louis, Missouri.