Our Board is comprised of individuals who collectively bring diverse skill sets and share an understanding of our strategic directions. They are committed to the long-term success of our business. The Board includes:

Richard was appointed President and Chief Executive Officer of the Company and as a member of the Board of Directors on July 23, 2015.  Previously, Mr. Brown served at Sun Capital Partners, Inc., where he was a Managing Director and Partner since 2013 and served as the Board Chairman of multiple businesses including those in chemicals, packaging, automotive, distribution, telecommunications, construction and consumer products segments. He has also provided operational leadership for multiple portfolio companies. Previously, Mr. Brown served as the President and Chief Executive Officer of Performance Fibers, a Sun Capital Partners portfolio company, from 2008 to 2012. Prior to that, he served as the Vice President of WR Grace & Co. and President of Grace Performance Chemicals from 2005 to 2008. Earlier in his career, Mr. Brown led multiple businesses and served in various roles with the General Electric Company for 19 years, including serving as the President and Global Business Unit Leader (GE Advanced Materials), President and General Manager (GE Sealants and Adhesives), Marketing Manager (Consumer and Electronics, GE Plastics), and Manager of Global Accounts (GE Plastics).

Michael has been a Director of OmniMax Holdings since July 2009 and became Chairman of OmniMax Holdings at that time. Mr. Lundin has also served on the audit committee since July 2009. Mr. Lundin was interim President and Chief Executive Officer of OmniMax Holdings from November 2013 to February 2014. Mr. Lundin is currently an operations partner in Resilience Capital Partners, a private equity firm focused on investments in companies in special situations. He is also Chairman of North Coast Minerals (an industrial minerals and logistics platform company fund) for Resilience Capital. Previously, Mr. Lundin was President and Chief Executive Officer of the Oglebay Norton Company, a miner, processor, transporter and marketer of industrial minerals and aggregates, from December 2002 until February 2008, and was employed by Oglebay Norton since 2000. Prior to joining Oglebay Norton, Mr. Lundin served as Vice President and then President/Partner of Michigan Limestone Operations, LP. Mr. Lundin earned a B.S. in Manufacturing Engineering and Product Development from the University of Wisconsin and an M.B.A. from Loyola Marymount University. Mr. Lundin is currently a Director of Rand Logistics, Inc. and U.S. Concrete Inc. and, until 2013, was a Director of Broder Bros., Co. and Avtron, Inc. He is also on the audit committee for Rand Logistics, Inc. and the compensation committee for U.S. Concrete Inc. Mr. Lundin brings to our Board extensive corporate oversight and financial management expertise as well as strategic and financial transactional experience.

Timothy has been a Director of OmniMax Holdings since May 2014. Mr. Bernlohr is the founder and managing member of TJB Management Consulting, LLC, which specializes in providing project-specific consulting services to businesses in transformation, including restructurings, interim Executive management and strategic planning services. Mr. Bernlohr founded the consultancy in 2005. Mr. Bernlohr is the former President and Chief Executive Officer of RBX Industries, Inc., which was a nationally recognized leader in the design, manufacture, and marketing of rubber and plastic materials to the automotive, construction, and industrial markets. RBX was sold to multiple buyers in 2004 and 2005. Prior to joining RBX in 1997, Mr. Bernlohr spent 16 years in the International and Industry Products divisions of Armstrong World Industries, where he served in a variety of management positions. Mr. Bernlohr is the Chairman of the Board of Directors of Champion Homes, Inc., The Manischewitz Company, and Contech Engineered Solutions. He also serves as lead Director of Chemtura Corporation and as a Director of WestRock Company, Atlas Air Worldwide Holdings, Inc., and Overseas Shipping Group. Within the last five years, he has served as a Director and Chairman of the compensation committees of Smurfit Stone Container Corporation, Ambassadors International, Inc., WCI Steel, Aventine Renewable Energy, and Cash Store Financial Services, all publically traded companies. Mr. Bernlohr is a graduate of The Pennsylvania State University. Mr. Bernlohr brings to our Board extensive corporate oversight and compensation expertise as well as operational and strategic transactional experience.

John McGrath is President and Chief Executive Officer of Pactiv, LLC, a $4 billion manufacturer and marketer of foodservice disposables and food packaging. With 12,000 employees and 57 manufacturing plants in seven countries, Pactiv is one of the largest packaging companies in the world. Before assuming his current role in November 2010, John held various sales, marketing, operations and engineering positions with Pactiv and its legacy companies since 1985. A graduate of the US Military Academy at West Point with a B.S. in Engineering, he spent five years in the US Army. John also holds an M.B.A. from the Kellogg School of Management at Northwestern University. A Director of OmniMax Holdings since October 2016, he has served on the Boards of the Duro Bag Manufacturing Company, the International Foodservice Manufacturers Association, and as Chairman of the Foodservice Packaging Institute. John brings extensive commercial, operational and merger and acquisition experience to the OmniMax Board.

Trey has been a Director of OmniMax Holdings since April 2012. Mr. Parker is a Partner and Co-Head of Private Equity, for Highland Capital Management, L.P.   Prior to his current role, Mr. Parker ran the firm’s special situations/distressed and performing credit businesses. Prior to joining Highland in March 2007, Mr. Parker was a Senior Associate at Hunt Special Situations Group, L.P., a private equity group focused on distressed and special situation investing, where he was responsible for sourcing, executing and monitoring control private equity investments across a variety of industries. Before joining Hunt in 2004, Mr. Parker was an analyst at BMO Merchant Banking, a private equity group affiliated with the Bank of Montreal. While at BMO, he completed a number of LBO and mezzanine investment transactions. Mr. Parker began his career in sales and trading for First Union Securities and Morgan Stanley. He received an M.B.A. with concentrations in finance, strategy and entrepreneurship from the University of Chicago Booth School of Business and a B.A. in economics and business from the Virginia Military Institute. Mr. Parker is a member of the Board of Directors of OmniMax Holdings, Inc., JHT Holdings, Inc., CCS Medical Corporation, Trussway Industries, Structural and Steel Products Corporation and TerreStar Corporation.  Mr. Parker provides our Board with experience and knowledge in private equity investing, strategy development, capital markets, and corporate finance.

Giacomo (“Jack”) Picco is Head of Capital Solutions and a Portfolio Manager for the Strategic Capital Fund at Sound Point Capital Management, a $20 billion alternative credit manager. Additionally, Mr. Picco serves on the firm’s Strategic Capital Fund Investment Committee, Strategic Capital Fund Valuation Committee and Risk Committee for the firm. In his role, he focuses on sourcing and structuring specialty lending solutions to companies in need of liquidity or requiring complex financing structures. Prior to joining Sound Point, Mr. Picco was a Partner at KS Management Corp, an event-driven hedge fund. Prior to becoming a Partner, Mr. Picco served as Co-Head of Research. Prior to KS, Mr. Picco was an Associate at The Carlyle Group, where he worked on leveraged buyout transactions. Prior to Carlyle, he worked at Lazard Freres as a banker in their mergers and acquisitions group. Mr. Picco serves on the Board of Directors of OmniMax Holdings, Inc. He was also appointed to be non-executive independent Chairman of Seismic Library Enterprises, LLC, by Morgan Stanley. He has chaired and served on compensation, audit and governance committees for a variety of boards for both public and private companies. Mr. Picco serves as a regular guest lecturer specializing in structured lending at Columbia Business School. Mr. Picco earned a B.A. in History from Columbia University and an M.B.A. from Harvard Business School.

Dennis became a member of the Board of Directors, effective January 5, 2016.  He also serves on the audit committee. Mr. Smith served as the Chairman, President and Chief Executive Officer of Milacron LLC, a manufacturer of plastic molding equipment, molder/mold maker support products and metal working fluid from 2009 to 2012. Previous positions include service as the President, Chief Executive Officer of Magnatrax Corporation, a provider of custom-engineered metal building systems; as President of Service Experts, Inc., an HVAC equipment sales, service, and installation subsidiary of Lennox International; and as Chief operating Officer of Simplex Time Recorder, Co, a fire alarm manufacturer, installer and servicer for commercial properties.  Mr. Smith is also a member of the Board of Directors of Constellation Enterprises, LLC and served as Chairman of the Board of Directors of Qualserv Corporation until 2012. Mr. Smith is a graduate of Pennsylvania State University and has an M.B.A. with distinction from the Wharton School, University of Pennsylvania.

Cameron Baynard is a Managing Director at Highland Capital Management, L.P. where he focuses on the firm’s private equity and distressed investments.  Prior to his current role, Mr. Baynard oversaw Highland’s performing and distressed credit investments across a variety of industries, with a focus on the retail, auto, and transportation sectors.   Before joining Highland in February 2014, Mr. Baynard was a Senior Associate with Rockland Capital, LLC, where he was involved in all aspects of the origination, structuring, execution, and management of private equity investments. Prior to Rockland Capital, Mr. Baynard was an investment banking analyst with Wells Fargo Securities. He received a B.B.A. in Finance, a B.S. in Economics, and a B.A. in Public Policy from Southern Methodist University. Mr. Baynard is a member of the Board of Directors of OmniMax Holdings, Inc., Trussway, LLC, and CCS Medical Holdings, Inc.

Registering For Accessing the Secured Area

For existing bond holders, qualified institutional investors in the notes and securities analysts who would like to access the secured area but have not yet been granted access by OmniMax, please download and complete the Certification Form during the registration process. 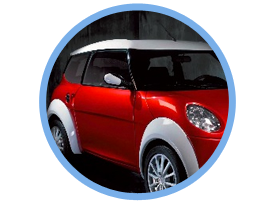 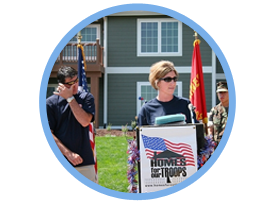 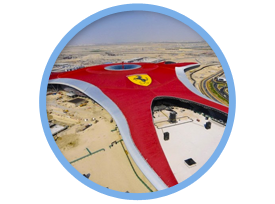